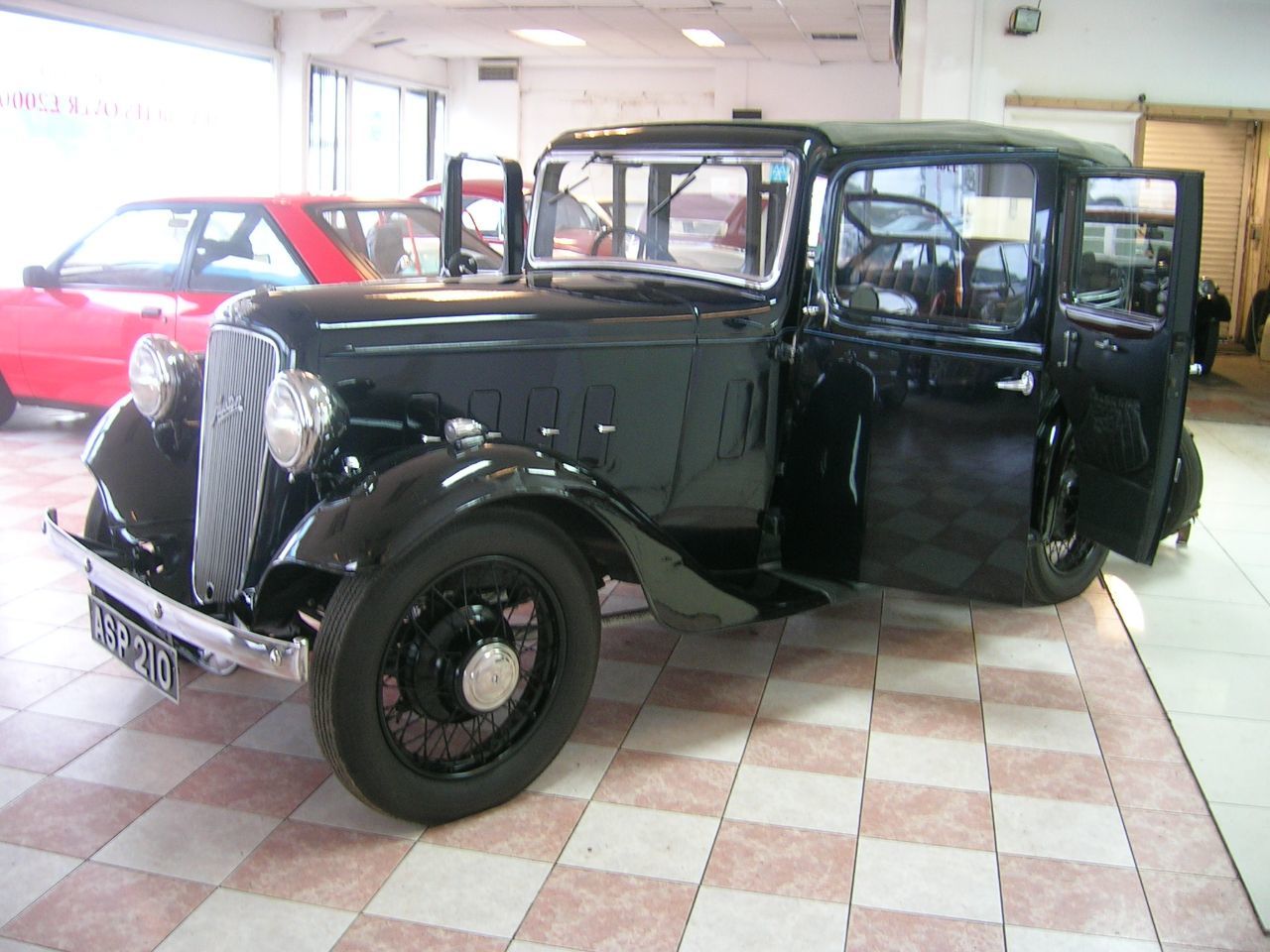 Finished in Royal Blue, this very rare Tickford Light 12/4 Ascot has a very low ownership, low recorded mileage and an amazingly detailed history. The classic is a beautifully and original example.

The first owner of the Austin was the daughter of a high-end solicitor back in 1935. She used the Ascot on a limited basis during the World War Two years and the 12/4 was driven by her chauffeur to complete charitable works.

Later, another one of Miss O's chauffeurs purchased the Austin from her, I would assume, after she upgraded.

On his passing, the vehicle was passed down to his son who is the now registered owner. Making it a one lady + 1 family owner from new.

The last registered owner has guaranteed the mileage as genuine and claimed the Austin only did approximately 1000 while in his and his Dads ownership, as it was ‘exercised periodically in his courtyard’.

Within the history folder are old MOTs (one which dates back to 1962 + an insurance policy), lots of old invoices, letters of correspondence, Motor Fuel Ration Book from the War, spare keys, Buff Logbook with lots of licensing stamps (dating back to 1946), handbooks, Austin price list, magazines, copies of articles from 1936 and old photographs.

The Salmons Tickford conversion was very much desired by all at the time, however was a very prestigious extra. The Tickford head was sold as a ‘doubling the enjoyment of motoring… snug weather proof saloon or a sunny open top tourer…’ in one vehicle.

Also within the history folder is a very detailed description of the classic over the years, including mechanical works, originality and even when certain marks or scratches were made and how they occurred!
Over the past 26 years the Austin is said to have been stored in a heated garage and has also undergone a complete engine rebuild by ‘Available Austins’ in 2007/2008 at a cost of £11,736.49.

The current V5 document is present within the paper work and is registered as historical, therefore benefitting from tax and MOT exemption.

UK WIDE DELIVERY CAN BE ARRANGED.
PLEASE CALL ON 01405 860021 IF YOU NEED ANY FURTHER ASSISTANCE OR DESCRIPTION.

Please note: The data displayed above details the usual specification of the most recent model of this vehicle. It is not the exact data for the actual vehicle being offered for sale and data for older models may vary slightly. We recommend that you always check the details with the seller prior to purchase.
EnquireTest Drive